Paul’s Uses of “Law” in Romans

Most who study the use of “law” in Paul’s writings note that understanding all of Paul’s uses of the term is not easy. Below is a listing of Paul’s uses of “law” (nomos) in Romans and my attempt to categorize each use. Paul’s use of “law” (nomos) occurs about 80 times. The vast majority of “law” statements refer specifically to the Mosaic Law. Yet there are about 20 uses of “law” that do not refer to the Mosaic Law. At this point in time, this is how I categorize his uses. This could be altered with further study.

(NOTE 1: I did not find any references to Jewish abuses or misunderstandings of the Mosaic Law)

(NOTE 2: I am not commenting on Paul’s uses of “commandment” (entole) in Romans.

Romans 2:15
in that they show the work of the Law (MOSAIC LAW) written in their hearts, their conscience bearing witness and their thoughts alternately accusing or else defending them,

Romans 2:17
But if you bear the name “Jew” and rely upon the Law (MOSAIC LAW) and boast in God,

Romans 2:18
and know His will and approve the things that are essential, being instructed out of the Law (MOSAIC LAW),

Romans 2:20
a corrector of the foolish, a teacher of the immature, having in the Law (MOSAIC LAW) the embodiment of knowledge and of the truth,

Romans 2:26
So if the uncircumcised man keeps the requirements of the Law (essence of the MOSAIC LAW), will not his uncircumcision be regarded as circumcision?

Romans 3:27
Where then is boasting? It is excluded. By what kind of law (LAW IN GENERAL)? Of works? No, but by a law of faith (PRINCIPLE OF FAITH).

Romans 3:28
For we maintain that a man is justified by faith apart from works of the Law (MOSAIC LAW).

Romans 4:7
“Blessed are those whose lawless (ANTI-GOD’S LAW) deeds have been forgiven, And whose sins have been covered.

Romans 4:13
For the promise to Abraham or to his descendants that he would be heir of the world was not through the Law (MOSAIC LAW), but through the righteousness of faith.

Romans 4:14
For if those who are of the Law (MOSAIC LAW) are heirs, faith is made void and the promise is nullified;

Romans 4:15
for the Law (MOSAIC LAW) brings about wrath, but where there is no law (EXPLICIT STATEMENT OF WHAT GOD REQUIRES), there also is no violation.

Romans 5:13
for until the Law (MOSAIC LAW) sin was in the world, but sin is not imputed when there is no law (LAW IN GENERAL).

Romans 5:20
The Law (MOSAIC LAW) came in so that the transgression would increase; but where sin increased, grace abounded all the more,

Romans 6:14
For sin shall not be master over you, for you are not under law (LAW IN GENERAL WITH IMPLICATIONS FOR THE MOSAIC LAW) but under grace.

Romans 6:15
What then? Shall we sin because we are not under law (LAW IN GENERAL WITH IMPLICATIONS FOR THE MOSAIC LAW) but under grace? May it never be!

Romans 7:1
Or do you not know, brethren (for I am speaking to those who know the law (MOSAIC LAW)), that the law (CIVIL LAW CONCERNING MARRIAGE) has jurisdiction over a person as long as he lives?

Romans 7:4
Therefore, my brethren, you also were made to die to the Law (MOSAIC LAW) through the body of Christ, so that you might be joined to another, to Him who was raised from the dead, in order that we might bear fruit for God.

Romans 7:5
For while we were in the flesh, the sinful passions, which were aroused by the Law (MOSAIC LAW), were at work in the members of our body to bear fruit for death.

Romans 7:6
But now we have been released from the Law (MOSAIC LAW), having died to that by which we were bound, so that we serve in newness of the Spirit and not in oldness of the letter.

Romans 7:8
But sin, taking opportunity through the commandment, produced in me coveting of every kind; for apart from the Law (MOSAIC LAW) sin is dead.

Romans 7:9
I was once alive apart from the Law (MOSAIC LAW); but when the commandment came, sin became alive and I died;

Romans 7:12
So then, the Law (MOSAIC LAW) is holy, and the commandment is holy and righteous and good.

Romans 7:14
For we know that the Law (MOSAIC LAW) is spiritual, but I am of flesh, sold into bondage to sin.

Romans 7:22
For I joyfully concur with the law of God [PROBABLY MOSAIC LAW) in the inner man,

Romans 7:25
Thanks be to God through Jesus Christ our Lord! So then, on the one hand I myself with my mind am serving the law of God (MOSAIC LAW), but on the other, with my flesh the law of sin (DISPOSITION TO SIN).

Romans 8:2
For the law of the Spirit of life in Christ Jesus (NEW COVENANT) has set you free from the law of sin and of death. (DISPOSITION TO SIN probably linked with the MOSAIC LAW)

Romans 8:3
For what the Law (MOSAIC LAW) could not do, weak as it was through the flesh, God did: sending His own Son in the likeness of sinful flesh and as an offering for sin, He condemned sin in the flesh,

Romans 8:4
so that the requirement of the Law (MOSAIC LAW INSTRUCTION CONCERNING LOVE (SEE ROM. 13:8-10)) might be fulfilled in us, who do not walk according to the flesh but according to the Spirit.

Romans 8:7
because the mind set on the flesh is hostile toward God; for it does not subject itself to the law of God (WHAT GOD REQUIRES), for it is not even able to do so,

Romans 9:4
who are Israelites, to whom belongs the adoption as sons, and the glory and the covenants and the giving of the Law (MOSAIC LAW) and the temple service and the promises,

Romans 10:4
For Christ is the end of the law (MOSAIC LAW) for righteousness to everyone who believes.

Romans 10:5
For Moses writes that the man who practices the righteousness which is based on law (MOSAIC LAW) shall live by that righteousness.

Romans 13:8
Owe nothing to anyone except to love one another; for he who loves his neighbor has fulfilled the law (WHAT GOD REQUIRES CONCERNING LOVE).

Romans 13:10
Love does no wrong to a neighbor; therefore love is the fulfillment of the law (WHAT GOD REQUIRES CONCERNING LOVE).

*Scripture references are from Biblegateway.com from the NASB. 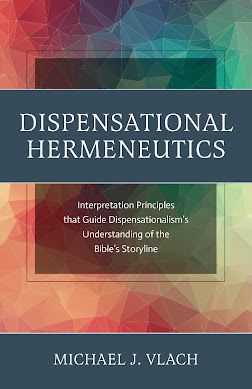